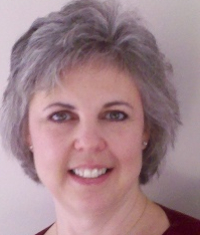 Double Bassist Catherine McGinn has been a member of the Milwaukee Symphony Orchestra since 1978. She is a founding member of The Bach Babes and since 1999, she has been principal double bassist with Milwaukee Chamber Orchestra.  She has also played with Flint Symphony Orchestra and the Canary Island Opera Orchestra as an Assistant Principal, and as both assistant principal and principal with Peninsula Music Festival in addition to many performances with the Washington Island Music Festival.

She is a proud participant in the nationally-recognized Arts in Community Education (ACE) Program, under the auspices of the Milwaukee Symphony Orchestra.

Ms McGinn maintains a private studio, and is currently an adjunct professor at Cardinal Stritch University. She has previously served as an instructor at Northwestern University, an adjunct Professor at the University of Wisconsin-Milwaukee, and a lecturer in music at Lawrence University in Appleton, WI.

She holds a Bachelor of Arts in Music Performance from the University of Michigan, where she studied with Lawrence Hurst. She also studied privately with Edwin Barker, the principal bassist with the Boston Symphony Orchestra.