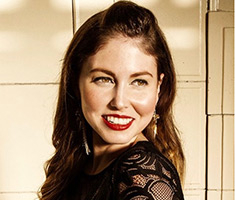 An advocate of new music, Coronelli has appeared with such esteemed contemporary ensembles as CSO MusicNow, New Juilliard Ensemble, Axiom, Syzygy New Music, and as part of the Festival of Contemporary Music at the Tanglewood Music Festival. Additionally, she has performed as a solo artist with Music of the Baroque in Chicago, and was a member of the Civic Orchestra of Chicago.