It’s The Little Things: Behind the Scenes in Artist Management

Little things make a difference to run an orchestra smoothly.

Some guest artists like hummus and crudites in the dressing room; some like coconut water. A car service picks them up at the airport. Their hotel is across the street from the Marcus Center. And Music Director Edo de Waart is happy if he has water, cookies, and bananas.

All of those responsibilities fall on Elizabeth Fairfield, the MSO’s manager of artist services and assistant to de Waart. Part of her job is ensuring that guest conductors and soloists enjoy their visit to Milwaukee — and tell their peers and agents about it.

“We want people to want to come back,” said Megan Henschel, who preceded Fairfield in the job and is now manager of artist services at the Los Angeles Philharmonic. “We want them to go to their manager and say it was a great orchestra and an amazing experience.”

Among many other details, the manager of artist services arranges flights and hotels and makes sure that contracts are signed and that artists have the right tax forms. Weeks beforehand, she communicates rehearsal schedules and the necessary string complement to personnel manager Linda Unkefer.

New conductors rarely ask for extra strings, Henschel said, but if they do, “it’s usually because they didn’t think the strings were going to be as strong as they are. They get on the ground and realize this is a great orchestra with a really amazing sound.”

Earlier this spring, when the symphony brought in a guest conductor and four vocal soloists to perform the Mozart Requiem, the guests had multiple difficulties with cancelled flights and lost luggage. “I was on the phone all day, but I didn’t do anything,” Fairfield said. Not exactly. Although she couldn’t track down the bags or get them into Milwaukee, her job was to let them know the MSO was supporting them and “make them feel comfortable in an unfortunate situation.”

Both assistants said they’ve never had anything close to the famous demand of the rock band Van Halen for a bowl of M&Ms with the brown ones removed. “I was always surprised by how humble they were,” Henschel said. “They were thankful for anything we were able to get them.”

Few classical artists have formal contract riders with specific requirements, and Henschel said, “I always joke that something terrible must have happened if they ask for a dressing room with a bathroom and water.”

De Waart is very consistent in his requests, Fairfield said, but “every other week, I have no idea.” On weeks when de Waart is conducting, Fairfield meets his car at the Marcus Center and briefs him on rehearsal order and any meetings with soloists, MSO officials, or other events. Sometimes she gets flowers for his windowless dressing room; usually she gets a sub from Jimmy John’s for the lunch break. During rehearsal, she opens her laptop and works backstage.

Being a conductor’s assistant led to greater responsibility for Henschel, and Fairfield has thoughts in the same direction. The MSO’s office is small enough that she has gotten a sense of how the whole orchestra works, and she will learn more this summer when she participates in the League of American Orchestras’ ten-day management seminar, a by-application-only program tailored to early-career professionals. In Los Angeles, Henschel oversees logistics for all classical programming, festivals, and summer programs at the Hollywood Bowl, but she hopes to get a chance to do artistic planning in the future.

When Henschel was offered the Los Angeles job in 2015, “I knew I couldn’t say no, but leaving Edo was the hardest thing I ever did.” She would sometimes visit him and his family in Madison, and still talks to him at least once a month. De Waart was the first person she told about the opportunity to go west, and “he said, ‘You have to take it,’ but leaving was very bittersweet. He’s like a father figure to me.” 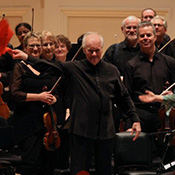 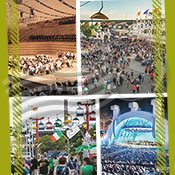 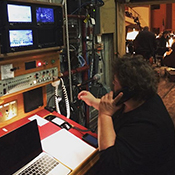