The advertising for this week’s Milwaukee Symphony concert says, “Johannes Moser returns.” But the distinguished cellist says he’s a different person now than he was at his last appearance 10 years ago.

“All of the cells in your body get exchanged every seven years, so I’m one and a half times different now,” Moser joked recently. “I’ve listened to recordings of myself from 10, 12, 15 years ago, and I’m surprised and sometimes little shocked. I’m not embarrassed, but it’s very gratifying to think that there’s always development.” Since he started doing more teaching in recent years, “I have much more reflection and insight than I used to have. Teaching has really been the greatest teacher for me.”

Although he does not have a school visit or master class scheduled for his stop in Milwaukee, Moser likes those events “to connect with community and to avoid the Bermuda triangle of airport, hotel, concert hall.” Music education in the schools is often the victim of budget cuts, he noted, and “it’s almost my obligation to go to school, share my passion and why it’s meaningful to me, and why there’s no greater profession in world.”

With the MSO, Moser will be performing the Shostakovich cello concerto, a staple of the repertoire. But, he said, the scope of solo cello compositions is far greater than most concertgoers realize. “There’s an abundance of repertoire, but it just never gets played,” he said. “The reason is there are less cello slots in a season.” A full-time orchestra’s typical season schedule will have 10 or 12 piano or violin concertos, he pointed out, but only one or two for cello, and so “fewer concertos enter the public consciousness.” But he does his best to contribute to the supply by regularly commissioning new works.

On his current tour, Moser will be performing 11 pieces, including eight concertos with orchestra. “It’s a healthy mix of the known and the unknown, which I appreciate a lot and is also lot of fun,” he said. To present a standard like the Shostakovich, which he has been performing since he was 18, the trickiest part is “to make sure don’t fall back into old habits,” he said. “Muscle memory can work for you but it can also work very much against you, and that’s a challenge for pieces that I’ve been playing a long time.”

The Shostakovich features “the widest range of emotional content I could imagine, from whispers to screams,” Moser said. “When I’m on an emotional journey with cello concerto, I feel like a storyteller. And we’ve been telling same stories throughout human history, but it’s how you tell the story, and I get to choose. Even though I’ve played it thousands of times, each time is different.”

Another source of variety in his life is playing electric cello. It is bowed and fingered like the acoustic classical instrument, but “if you use a lot of foot pedals or hook it up on a computer through a sound card, that’s where the fun begins,” Moser said. He has played an electric cello concerto with the Los Angeles Philharmonic, “and also in small smoky bars. It’s so versatile, which I think is part of the appeal.” 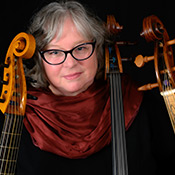 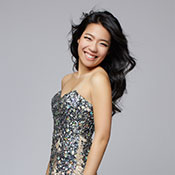