When Bret Dorhout started work as the MSO’s vice president of artistic planning and operations on January 1, only one date for the orchestra’s 2018.19 schedule had been set.

To create the recently unveiled season, Dorhout had to work fast, even by the MSO’s standards. The symphony got the final dates for availability in the Marcus Center in early December 2017, and most conductors and soloists set their schedules two or more years in advance, meaning that the MSO has to find leftover weeks in an artist’s calendar to make guest appearances possible.

But now symphony-goers can run their eyes down the new schedule, circling things that strike their imagination. The Flying Dutchman, the Brahms Requiem, Carmina burana, the Saint-Saëns Organ Symphony, two Mahler weekends – everyone will find something enticing.

What they will not find, however, is anything by Beethoven. Normally, that would be a glaring omission, but Dorhout explained that the 250th anniversary of the composer’s birth is coming up in 2020 — so the 2019.20 and 2020.21 seasons will contain an abundance of the master.

Aside from planning future seasons, Dorhout’s job includes oversight of the chorus and input on educational and outreach efforts, as well as the Pops season. He will also work with the music director, when the MSO appoints one.

President and Executive Director Mark Niehaus said that the symphony left Dorhout’s position open for two years, thinking that the music director should have input in the selection. “But I was always looking for that right person,” he said. “The people with that skill set are few and far between.” When Dorhout was available as a consultant, having previously worked at the St. Louis Symphony, “I thought he’d be a fantastic fit for us.”

Whoever the next music director may be, Dorhout is sure it will work out. “I’ve worked with conductors for 20 years,” he said. “I try to take what they want to do and make it as successful as possible. The goal is not to impose my vision, but to enhance their vision.”

But he cautioned not to draw any inferences from looking at the 2018.19 schedule. Returning guest conductor Karina Canellakis, for instance, opens the season with two subscription concerts, the only conductor besides Music Director Laureate Edo de Waart to do so. “But we asked several conductors to do two weeks,” Dorhout said. “Karina ended up working out, and the others did not.”

Following the 2017.18 theme of Leonard Bernstein and American music, for the next season, guest conductors were encouraged to program music from their home countries. That is why Jader Bignamini will lead Respighi’s Pines of Rome and Dima Slobodeniouk will conduct an all-Russian program. Alexander Shelley, a debut conductor from Great Britain, will lead a William Walton symphony and two works by German composers that evoke the British Isles.

“I’m really excited by the number of conducting debuts,” Dorhout said, including Eun Sun Kim, a young Korean musician who will lead the Brahms Requiem in Milwaukee. She has “an incredible reputation” in Europe, Dorhout said, but her U.S. career is just beginning.

Another highlight will be de Waart’s return to conduct Wagner’s opera The Flying Dutchman. “Edo’s ability to do concert opera is unparalleled,” Niehaus said. But unlike the semi-staged Mozart operas of recent years, the Wagner will feature singers mostly standing still, with video projections by artist S. Katy Tucker.

Looking ahead two years, the MSO plans to move into its own concert hall in the renovated Warner Grand Theater on Wisconsin Avenue. And that, of course, means that the symphony can begin scheduling concerts on any week it likes. Within a short time, Dorhout said, he will begin working on the 2020.21 season – probably before the 2019.20 season, the last one in the Marcus Center.

The prospect of the new venue has shaped the next season in at least one other way. Niehaus said that although there will be space for an organ, at least for the moment there is no funding for one – so he wanted to make sure that the Saint-Saëns Organ Symphony got onto the schedule while the Marcus Center instrument was still available.

For the debut in the new hall, “we have a sketch of what would be an ideal season,” Dorhout said. “We want people to have a great experience the first time in the hall, so they’ll want to come back.”

In the meantime, for the season that begins in five months, “We’ve got a nice mix of things we play all the time, things we should play more often, and things we’ve never played,” Dorhout said. “How often can Top 40 radio play a song? Every hour. We have to wait eight years.” 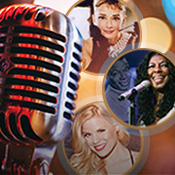