After nearly a year off, Dee Alexander can’t wait to perform again – even if the only audience she can see is a camera.

Alexander, a Chicago-based jazz singer, will inaugurate the Milwaukee Symphony’s reimagined pops series when she and her band perform at the Bradley Symphony Center on Saturday, February 13. The concert features great American songbook standards by Gershwin, Ellington, Rodgers, Kern, and more.

In the past year, her performances have been limited to a friend’s front porch in warm weather, and a live stream from her living room. Performing on the stage of a brand-new (but empty) concert hall will be a new experience.

“It is different, because performing is a give and take,” Alexander said by phone recently. “We love the intensity of an audience. They’ll talk back to you and applaud, and we feed off that energy.” But when circumstances require an empty hall, “I would not rule anything out. It’s better than nothing. We’re human beings, and we’re resilient. I try not to think negatively. We’re happy to be there, and we’ll do our best to give a great performance, even to empty seats.”

She grew up in Chicago, with a mother who was a jazz fan, and her early exposure to Ella Fitzgerald, Billie Holliday, and the rest of the pantheon of great singers set her future path at a young age. “I loved it from the very first time I heard it,” she said. “I loved the freedom and the movement of it, and that’s what I still love to this day.”

As a young woman, she learned her craft singing in nightclubs, while holding down a day job and raising two children. “And then I’d go out on a gig from like 9 p.m. to 1 a.m.,” she remembered. “If I had thought about doing it, I probably wouldn’t have. But now my children are grown. It was a very interesting time. I’m fortunate nothing too tumultuous happened to me.”

Her talents have drawn the attention of many astute ears over the years. Writing in the Chicago Tribune, Howard Reich noted, “A vocalist of remarkable range and flexibility, Alexander can unspool high-flying scat singing one moment, luxuriant melody-making the next.”

For her Milwaukee concert, she will bring along a quartet of John McLean on guitar; Steve Million on piano; Jeremiah Hunt on bass; and Charles Rick Heath IV on drums. “It’s not all about me,” she said; the band will get their turns to take solos, too. “They have the freedom to do whatever they want. We like each other and what we do, so there won’t be surprises.” In a small venue, she said, everything would be spontaneous – but for this televised concert, she has provided the director a list of who will take solos when, so that the cameras can be ready.

“You can’t go wrong with the great American songbook,” she said. “That music will be here after we’re all gone. It’s classic. There are so many ways you can approach it and still have respect for it.”

For her, the equivalent of an improvised solo is scat singing, making up a musical line on the spot with meaningless syllables. “It’s a lot of fun. I can take one song and do a scat solo, and every time it’s so different.”

In addition to singing, Alexander is also a composer; on a different kind of concert, she would include some of her original songs. She also hosts a jazz program on Chicago’s WFMT radio station. When everything else has been shut down, “it’s a blessing for me to be involved in music and to be compensated for it,” she said. “I want it to be a learning experience for everyone, so I play music that people may not hear all the time. I get a lot of great emails from people who say, ‘I never heard that before.’”

Emails, for the time being, also substitute for face-to-face interaction. “I haven’t been anywhere during the pandemic, so I’m really excited about performing, because I haven’t performed in so long,” she said. “I’m a social person, and the isolation has been hard. Not to shake someone’s hand or give them a hug has been really difficult. I’ll be glad when this is over and we can give a hug.” 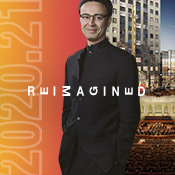