This season marks the 50th anniversary of the Audrey G. Baird Stars of Tomorrow competition and concert. We’ve caught up with some of our program alumni and will be sharing their stories throughout the season. We recently spoke with cellist Kartik Papatla, 2012 winner who is currently a B.A. candidate at Harvard University, pursuing a degree in Applied Mathematics in Economics, Secondary in Music (Class of 2018).

How did you pick the cello as your instrument?
I actually settled on the cello sort of by accident when I was 6.  My older sister is a violinist, and my parents wanted me to learn the violin as well, but the school where we studied only had space available for new cellists.  Even before starting, my eventual teacher, Scott Cook, would give me CDs of cello music to listen to every week when I would come to my sister’s lessons, so I suppose I was swayed toward the cello along the way.

What is your fondest memory of Stars of Tomorrow?
It’s hard for me to pick just one memory from such a formative experience, but I remember being so impressed by how professionally we, as young teenagers, were treated as participants in and winners of the Stars of Tomorrow competition.  The entire process — for example, meeting with Francesco before and after the dress rehearsal and getting feedback from members of the orchestra before going on stage — really demonstrated the care that the MSO dedicated to the process of fostering talent in the Milwaukee community.  It’s an experience I remember so vividly even now as a senior in college almost 6 years later.

In 2013, you donated your Stars of Tomorrow scholarship winnings back to the MSO. What motivated this generous decision?
Seeing the MSO in a state of uncertainty during the emergency campaign in 2013-14 deeply saddened me. To me, the MSO was not just an orchestra, but also a community of friends, teachers, and mentors that I had grown up playing cello with and that I could look up to. I knew that my $1,000 donation was only a small portion of a $5,000,000 goal, but I hoped that it would serve as a testament to the importance of the MSO in the Milwaukee community and in the lives of young musicians such as myself. I believe very strongly in the role the MSO and its musicians play in making classical music accessible to young people. It truly was the least I could do to repay the years of generosity I had received from the orchestra. 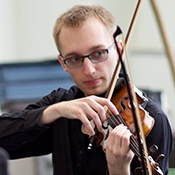 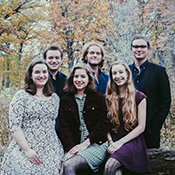