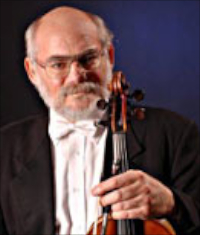 Robert is an active chamber musician, having performed at many American and overseas festivals in addition to numerous concerts in the Twin Cities and Milwaukee. He is chairman emeritus of the International Conference of Symphony and Opera Musicians, president of the Milwaukee Musicians Association, Local 8 AFM, and a member of the Board of Directors of the League of American Orchestras. He has also written extensively about issues concerning orchestra musicians for publications of the American Federation of Musicians, the League of American Orchestras, the Symphony Orchestra Institute, and the Association for Union Democracy, as well as for his own blogs. Robert attended Stanford University, the University of Reading (UK), and the Institute for Advanced Musical Studies in Switzerland.