Audiences for the Milwaukee Symphony’s season-opening concert of Rachmaninoff and Brahms will get one short bonus number first. In keeping with tradition, the concert will begin with the snare drum roll that signals “The Star-Spangled Banner.”

Playing the national anthem to observe the opening of the concert year is a custom at almost every American orchestra. Bret Dorhout, the MSO’s vice president of artistic planning and operations, says that every other orchestra he has worked at – Rochester, Philadelphia, and St. Louis – also played the anthem at the concerts for the opening weekend of the classical season and the pops season, as well as suitable occasions such as outdoor concerts and patriotic concerts.

Associate Conductor Yaniv Dinur has often led “The Star-Spangled Banner,” but he says he has never seen the score to the piece. The musicians have the music on their stands, but Dinur said that the first time he ever conducted it, at a small orchestra in Minnesota, “they just told me to cue the snare drum in the beginning and to conduct in three.”

But Dinur already knew the song, of course, and he had prepared by listening to many versions.  He speaks highly of Whitney Houston’s rendition with orchestra before the Super Bowl in 1991, and he admires the Stravinsky orchestration from 1944 that really was “banned in Boston” (but which did not get the composer arrested, contrary to legend). “If we did that one, I think people would notice,” he said.

Dorhout said that the St. Louis Symphony performed the Stravinsky version once during his time there, “but you can still sing it. The melody is intact.”

As it is, “The Star-Spangled Banner” is difficult to sing, for professionals or audience members, due to its wide range — an octave and a fifth. The MSO usually performs an arrangement in A flat, but for its summer concerts this year it performed a B-flat version, a full step higher, at the request of the vocal soloist. Conducting in parks or to open the pops season, Dinur will turn around to lead the audience, and usually gets a good response. “They stand up when they hear the snare. They know the cue.”

MSO librarian Pat McGinn said that the symphony has eight versions of “The Star-Spangled Banner” in its music collection, although most of them are rarely, if ever, performed. The standard one, he said, is useful because “we can do it with whoever’s here. It doesn’t matter if we have two trumpets or three,” for example.

In Dinur’s native Israel, orchestras also have the custom of playing the national anthem to open the season. “But it’s slow, and it’s in minor,” he said, “so it gives the atmosphere of a memorial service.”

Retired bassist Roger Ruggeri said that the Milwaukee Symphony was performing “The Star-Spangled Banner” on opening weekend when he arrived in 1962, the MSO’s third season — and even then, the custom was long-standing among other orchestras. “That’s the way you start the season,” he said. “It adds significance.” 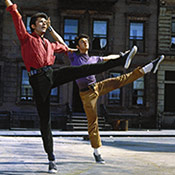 The Enduring Appeal of West Side Story 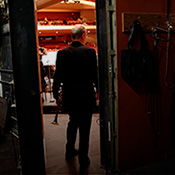