Jeanyi Kim believes so strongly in the mission of chamber music that she’s willing to put in a lot of non-musical work for it.

Kim is the associate concertmaster, third chair, of the Milwaukee Symphony, but almost from the time she arrived in 2001, she has also been busy with other local organizations, including as the concertmaster of the Milwaukee Chamber Orchestra. When that group was on the point of extinction in 2015, she and her husband, violinist Sascha Mandl, stepped in to save it, along with MSO clarinetist William Helmers.

Milwaukee Musaik now presents three concerts of chamber music a year with a flexible roster of musicians. “It’s so much work, and it’s very humbling,” Kim said. “We’re doing marketing, personnel, even stage setup. But that’s how much we believe in this group.”

Aside from her busy teaching schedule, Kim’s other main outside activity is the Philomusica Quartet, which will present its final concert of the season on Monday, April 8 at Wisconsin Lutheran College. Violinists Kim and Mandl, plus MSO members Nathan Hackett on viola and Adrien Zitoun on cello, have been making chamber music together for more than a decade. “Much as we love the symphonic repertoire, with that many people on stage you don’t have as much of a voice,” Kim said. Over the group’s decade-plus in existence, they have played all 16 Beethoven string quartets, which include some of the composer’s most difficult and complex work.

Planning a season of quartet music involves a lot of choices among almost unlimited options. “We think about all the things we’d like to champion,” Kim said. Programming Fanny Mendelssohn’s quartet last fall, for instance, “I felt as a woman that I had a kinship with her.”

“A quartet is like a four-way marriage,” Kim said. “There’s commitment, there’s compromise. But it’s more interesting if it sounds like a conversation of four individuals with different ideas, and still we end up with a unified interpretation.” Kim and Mandl, of course, bring their own marriage to the quartet, and she said with a laugh, “Rehearsals can be challenging sometimes. Sometimes it’s brutally honest, but it’s respectful communication. It’s taught each of us a lot.”

“She always sounds great, she’s on top of everything, and it’s a pleasure to play with her,” said Zitoun, who along with Hackett approached her to start the quartet years ago. “She’s very open to how to play things. She’s willing to try it different ways, and it always sounds great.”

Born in Toronto, Kim spent her childhood in Canada before her family moved to Baltimore when she was eight. She knew she wanted a career as a violinist, but deliberately chose not to go to a conservatory, because “I was concerned I would feel stifled. I wanted an environment where I would feel stimulated by all kinds of things.” So she went to Yale as a music major, but stayed for several graduate degrees in order to keep studying with her teacher, Erick Friedman, who himself had been a pupil of Heifetz. “I feel very fortunate to be part of that lineage,” Kim said. “He was very generous with his time.” Friedman died in 2004, but “there are definitely moments that I miss picking up the phone and asking his advice.”

While studying at Yale, Kim began taking auditions, and she won the Milwaukee job in 2001. She and Mandl (a fellow student of Friedman’s) got married in 2003, and he moved to the area and became concertmaster of the Kenosha and Racine symphonies, as well as holding several teaching and conducting positions.

They live in Wauwatosa with their children, ages 7 and 3. Being a parent, she said, “has given me a sense of calm, which is ironic. But it puts in perspective what’s important.” One of the great benefits from Philomusica’s ongoing working relationship is that they are mindful of each other’s schedules, rehearsal time, and even choosing repertoire, she said. Four busy musicians with children to raise also need to be practical. “Life gets to be a pretty crazy juggling act, but it’s all worth it.” 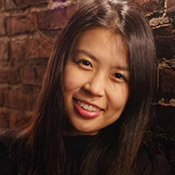 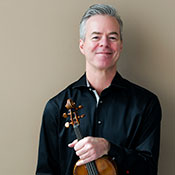 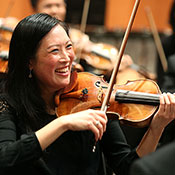