The Right Fit: Searching for the next Director of the MSO Chorus

The Milwaukee Symphony Orchestra Chorus’ yearlong search for a new director has also been a series of master classes.

As the chorus prepares to sing Mozart’s Requiem this week with the MSO in the Basilica of St. Josaphat, it will be ending its rehearsal time with Catherine Sailer, the third and final candidate to prepare the group for a concert during the 2016.17 season. During the season-long audition process, “we as a chorus have learned a lot from each one of them,” said Deborah Patel, a member of both the chorus and the MSO Board of Directors, who has led the search committee.

The process for finding the new chorus director began after Lee Erickson announced his plans to retire at the end of the 2015.16 season. A committee of two choristers, two MSO musicians and two staffers had winnowed down a stack of resumes, conducted preliminary interviews, and identified their finalists. “We were extremely lucky to have three such qualified people come to the top and be interested in the job,” Patel said.

Sailer, whose work will be heard this weekend, is director of choral studies at the University of Denver. Last October, Andrew Lewis, artistic director of Bella Voce and music director of the Elgin Master Chorale in the Chicago area, prepared the chorus for a concert of varied repertoire in the Basilica. In February, Cheryl Frazes Hill, associate conductor of the Chicago Symphony Chorus, prepared the MSO group for Poulenc’s Gloria.

After each concert, the chorus is surveyed and the committee meets. They plan to offer the position to the chosen candidate later this spring.

“We’re not looking for someone who is exactly the same as Lee,” Patel said. “We’re looking for the person who’s the best fit and will take the chorus the farthest.” With a chorus composed of volunteers who work day jobs, a good fit would be “someone who inspires us to do better, who the chorus enjoys being with,” Patel said. “Anyone can put on a good show for 45 minutes. But give them six weeks to do an end product, and you learn a lot more about the fit.”

The job is not considered full-time, and the candidates know what kind of salary and time commitment they can expect. “One thing I’ve learned is that in this field, people cobble jobs together,” Patel said. “They fly all the time. That’s the way they build careers.”

Each candidate, of course, has faced different challenges with the repertoire they were handed. For the first concert, Lewis had to prepare the chorus to sing in three different languages. At Hill’s first rehearsal, the Poulenc was new to almost every single chorister, but with this week’s Mozart, Sailer “faced the challenge of working with a piece that we all think we know,” Patel said.

Over the course of the season, from her place in the soprano section, Patel has learned new insights about tempo and rhythm from the candidates, as well as “a sense of confidence, and getting out of the score in concert week.” Throughout the season, “everyone has said they have grown as singers.”

Watching the candidates has also been educational for Scott Tisdel, the MSO’s associate principal cello. Every director working with the chorus has shown “an extraordinary level of detail,” he said. His role on the committee is to eye the candidates from the perspective of an orchestra musician. Conducting the full MSO is not part of the chorus director’s job description, but it might happen in some circumstances.

For other choral work this season, the MSO chose Robert A. Harris, who retired four years ago from Northwestern University, to be its acting chorus director. Because a symphony chorus director does not conduct the group in public, Harris said that he concentrates on diction, rhythm, and ensemble — “but not a lot from the standpoint of interpretation. The conductor may want to do it this way, or that way. We have to be flexible and prepared.” 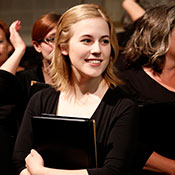 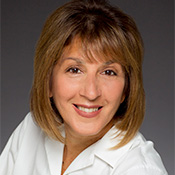