The Milwaukee Symphony’s opening weekend is more than a month away, but many musicians are already anticipating favorite concerts – and in some cases, practicing for them.

Of course, one highlight will be the arrival of new music director Ken-David Masur, who will lead eight subscription concerts in the 2019.20 season. Hornist Dietrich Hemann is looking forward to “seeing how he shapes and influences the orchestra over an extended period of time on multiple programs. I am excited to play so much Beethoven with him, which is always fun for a second horn player.” The MSO will play the composer’s first six symphonies in honor of his 250th birthday, and Hemann said that second horn work in Beethoven is “a fun combination of fairly acrobatic jumping around combined with occasional small solos and harmonies a third down from the melody.”

Hemann will also take a rare turn as a soloist in November, along with fellow hornists Matthew Annin, Darcy Hamlin, and Joshua Phillips, in Schumann’s Konzertstück, a concerto for four horns. “It is a piece played infrequently,” he said, “and it will be an exciting privilege to be in front of the orchestra with my wonderful section colleagues.”

Associate concertmaster Ilana Setapen solos regularly with the MSO, and she is preparing for her next turn in the spotlight in May, playing William Bolcom’s Violin Concerto with MSO resident conductor Yaniv Dinur. “Yaniv and I have worked together quite a bit at this point, and it’s no accident,” she said. “We have a similar style and always have a lot of laughs as we prepare music together.”

Programming the piece was her idea, within the usual constraints of putting together a symphony orchestra program. “I knew it had to be a Beethoven-sized orchestra,” she said, meaning only two of each wind instrument, “and a shorter piece, so after listening to a lot of modern concertos I fell in love with the Bolcom. I think the Milwaukee audience will really love it like I do; it’s full of jazzy melodies and interesting harmonies. It will be a joy to play something a little different and make it my own.”

Setapen, too, is excited about playing regularly with Masur. “I know he will bring a new energy to the stage,” she said, “and hopefully shape the orchestra’s sound in preparation for our new hall.”

But while the orchestra prepares to move into the Warner Grand Theater in 13 months, it will be fairly nomadic in the 2019.20 season, playing many concerts in the Pabst Theater, the Riverside Theater, and other venues as well as Uihlein Hall. “I enjoy the challenge of playing in the various venues on the schedule this year,” said clarinetist William Helmers. “The different performance spaces have their own characteristics, requiring us to adjust our playing accordingly. Each hall allows musicians and audience to hear the orchestra in new ways.”

But Helmers singled out the 14th classics program, where unfamiliar compositions by Shchedrin and Golijov are paired with Beethoven’s Third Symphony. “The Golijov work is an interesting orchestration of Schubert lieder which has gotten great reviews elsewhere,” Helmers said, and “the Beethoven symphonies this season are a great way for us to get acquainted with our new music director.”

Helmers is also anticipating the Mozart Requiem, which calls for basset horns, an odd-looking relative of the clarinet. “I love the basset horns,” Helmers said. “They have a beautiful mezzo soprano voice; they add a rich and unique color to the orchestration. There are no minuses to using them, provided high-end instruments can be found. It takes a little bit of experience to find a suitable mouthpiece and reed, and to voice the instrument properly.”

That concert, led by Dinur, will also feature the conductor’s debut with the orchestra as a pianist in Mozart’s Piano Concerto No. 20. “Yaniv often demonstrates on the piano for our youth performances, but we have never had him featured as soloist,” said second violinist Mary Terranova. “I’m excited he will be performing a concerto with the orchestra.”

And Terranova won’t have to wait long for her other highlight. Week two of the season features Sibelius’ Violin Concerto and “the return of my favorite violinist, Augustin Hadelich.” 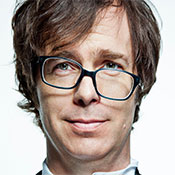 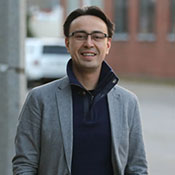 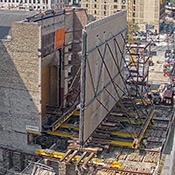