The Milwaukee Symphony is off for the summer, but its musicians have once again scattered all over the country and the world.

Summer classical music festivals have full calendars for the first time in three years, as they learn to live with COVID in the background, and MSO musicians have decamped for familiar old destinations or exciting new ones.

A sizable contingent now make their way from Milwaukee to Brainerd, Minnesota, two hours north of the Twin Cities, for the five-week Lakes Area Music Festival. Violist Samantha Rodriguez, who has been there from its inception in 2009, says it began when Scott Lykins, a friend of hers from Eastman School of Music, organized some chamber music concerts in his hometown to take advantage of the summer tourist season.

“He flew us out and gave us a place to stay, but we weren’t paid yet,” she remembers. “We rehearsed in a cabin in the woods and played in a church.”

Today, the festival pays musicians from major orchestras around the country and presents full orchestra concerts and a staged opera. Many concerts are “pay what you can,” and the festival does outreach concerts in jails, women’s shelters, and other untraditional locations. “I like to spend time with people I don’t normally get to see,” Rodriguez says. The festival has a knack for putting together diverse ensembles, so “I’m meeting fabulous musicians from all over the country.”

And the natural landscape, she says, is “something I don’t experience in a city. The lakes are amazing, and it’s some of the nicest audience members I’ve ever met.”

Many musicians divide their summer between different locations. MSO cellist Peter Thomas will play a week at Lakes Area this month, but in July he spent two weeks at UW-Stevens Point with the Aber Suzuki Center. That is a homecoming for him, since he grew up taking Suzuki cello lessons in Stevens Point. The popular instruction method “taught me a lot,” he says, and he continues to be an enthusiastic teacher in many settings.

When he teaches, “I’m not trying to breed music majors. I’m trying to create well-rounded people.” The intense summer experience means that when he returns to Milwaukee, “I realize how much better a teacher I am. I love to perform, but it doesn’t satisfy my heart completely. I value our youth so much, and music is a wonderful tool to teach kids how to develop and create friendships.”

Although Thomas has been teaching in the summers at Stevens Point since 2013, last month he was pressed into service as a conductor, “holding the stick in my hand and having that power for the first time in my life.” The experience, he says, meant “working with students in a completely different way that challenged me as a musician.”

Second violinist Paul Hauer also spent four weeks with an intense teaching load at the Fulton Summer Music Academy in Chicago. The summer string camp, begun by his friends Addison Teng (the director) and Amy Hess during the pandemic as part of the nonprofit Fulton Music Society, is now mostly in person at Loyola University. But a feature of every morning is online practice sessions with a faculty member standing by on Zoom to answer any questions and to supervise reflection and journaling about students’ progress.

The institute, which attracted students ages 12 to 35 from all over the continental USA, “is for anyone who really wants to learn,” Hauer says. “We focus on training the person, to reflect and question, and analyze.” In such a concentrated setting with lots of performance opportunities, “you can do a year’s worth of work in four weeks,” he says.

It’s a lot of work for him, too. After the last MSO concert of the season in early July, “the next day I worked from 8 a.m. to 1 a.m.,” getting students checked in and auditioned. In a professional orchestra, he says, “you contribute by fitting in and matching. At Fulton, I contribute by having an opinion and sharing who I am as a player and a mentor.”

The mantra to fit in, familiar to almost any string player, goes double when a musician is playing with a different orchestra. MSO second violinist John Bian often spends his vacation weeks substituting with the orchestras of Detroit, St. Louis, and Minnesota – and in early July, he got a last-minute call asking if he could join the Pittsburgh Symphony on their upcoming tour of Europe.

Bian said yes and has spent the subsequent weeks (after returning from his honeymoon) practicing seven pieces for the three-week, 11-concert tour. The experience will not be totally new to him, since he toured China and Japan with the Detroit Symphony in 2017, one year before he won the MSO job. “I remember being shocked how grueling it was, the constant travel and logistics,” he says. This time around, he will be more prepared.

Playing with other major ensembles, he knows that “every orchestra has their own artistic and acoustic habits. I really try to fit in and take cues from the people around me. It’s pretty nerve-wracking, but you get a feel for it in the first 10 or 20 minutes.”

The Pittsburgh Symphony will return home on Sept. 5, giving Bian a little time to catch his breath before the MSO season begins. “We’ll be jumping right in with the Strauss Alpine Symphony,” he says. “I’ve been looking forward to that all summer.” 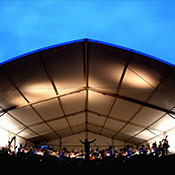 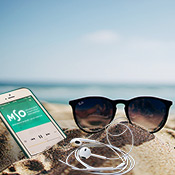