Just as the Milwaukee Symphony’s concerts have adapted to quarantine, so has the orchestra’s resident food company.

The symphony is more than a month into its pandemic season of presenting music to an empty hall. And since there are no patrons to buy snacks, drinks, or dinner, the recently created Resonance Food Co. is offering curbside meals for symphony subscribers as well as the general public to enjoy at home. The new venture is called Sound Bites To Go.

The original plan for the inaugural season in the Bradley Symphony Center was that on many weekends, a banquet would be offered with food themed to the music on that night’s concert, and that any concertgoer could purchase tickets with a meal. “Coming to the symphony is an experience and a date,” said Ana Cook, the MSO’s director of events and partnerships. “We wanted people to experience it and the food and beverage as a whole.”

But when the pandemic scuttled those plans, “we had to figure out alternative plans for the new season,” she said. David Zakroczymski, Resonance’s director of operations, added, “We wanted to give something back to patrons and offer a taste of what we would be doing.”

The solution, like so many restaurants have done in the past year, was to-go orders with curbside pickup. “We talked about what’s best for different scenarios, what’s most recyclable, different ways to continue the experience at home,” Cook said, such as branding on the packages and slipping a copy of the complete menu into the bags. “It’s easy for a person to warm it up and put it all together, so that when you take it out of oven, it’s as fresh as can be.”

An important influence in putting together the menus has been Music Director Ken-David Masur. “The food and music all talk to each other,” Zakroczymski said. “He’s been open to giving me some ideas to create some harmony between them.”

For the opening weekend on February 5, “there’s such a heritage and culture in Milwaukee with German food and comfort food, it was easy to write menu based on that,” he said. The March 13 concert celebrating the centennial of Astor Piazzolla was a chance to explore Argentinian food; the dance-themed concert on March 20 will pair with Caribbean flavors.

A new menu every week is not a stretch for Zakroczymski, who has a background in catering and was most recently executive chef at the Fiserv Forum. “This allows for more freedom than if I was tied to a restaurant with the same menu every day,” he said. “I like what I do and I like the variety. If we were doing the same thing every week, it would get monotonous.”

Closing the pre-orders on Thursday allows him to order the right amount of supplies, and he can use staff from other area properties serviced by Levy Restaurants, Resonance’s parent company. About 80 percent of what the building’s brand-new kitchen offers is prepared from scratch. “For example, we’re even making chicken stock and using it in dishes,” Zakroczymski said, and it was an ingredient in the polenta served on February 28. Many other offerings, such as cheese, charcuterie, and coffee, are sourced from local vendors.

The sit-down space in the second-floor banquet room is limited to 350, but “the ultimate goal is to continue the curbside piece and grow the inside business as well,” Zakroczymski said. “A lot of what we do, especially the entrées, are dishes we’d be prepping a day in advance anyway.”

“We’re finding we have a lot of repeat guests from week to week,” Cook said. “People rave about it. Lots of staff and even some musicians have purchased it. It’s nice to see the musicians are watching the concerts and partaking in the whole experience, which in normal times they wouldn’t be able to do.”

Because all ordering is online, Resonance can analyze the data and respond to what is popular. The first adaptation has been to offer appetizers a la carte, instead of as a large tray. “Now that we’re a solid month in, we’ve got a good amount of feedback and data,” Cook said. “Matching the themes from my point of view has been really fun. David, maybe it’s more of a challenge for you.”

“Not really,” Zakroczymski answered. “There will be moments when I’m just thinking about something and an idea pops into my head. Even when I don’t feel creative, we do have a database of recipes built up over the years. That’s the nice thing about banquets. We’re allowed to be creative, and we don’t have to stick to core dishes and presentations.” 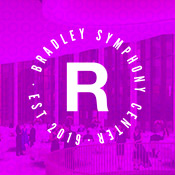 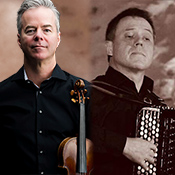