Ask a violinist about an upcoming concerto, and it is not common to hear effusive praise of the orchestra’s part. But that’s what Jennifer Koh thinks of when she talks about this weekend’s performance of Karol Szymanowski’s Violin Concerto No. 2 with the Milwaukee Symphony.

“There’s something about Szymanowski. I really love his writing for orchestra,” Koh said by phone from New York recently. “Maybe it’s because I’m a bit of a nerd about studying scores. But there’s something very special and beautiful about his orchestration. . . . I find the question of pulse, the sensation of push and pull, to be one of the most compelling components in Szymanowski’s music and in this concerto. I hope we can take the audience on a journey of sound and timbre.”

But that journey will be a collaborative one. “I never think of it as a solo in front of 70 people,” she said. “There’s something incredible about having 70 people in the orchestra be in the moment together. The power comes from being present together – and also from bringing an audience into it with you.”

Koh definitely does not forget about the audience’s part in the concert experience. “Ninety-nine percent of what I do as a musician is listen — and that’s what the audience is doing,” she said. “It’s a communal experience. It brings you to places you don’t experience every day. There’s a sense of risk, being completely exposed. And people will go with you to that place.”

As her career has developed, Koh has drawn praise for her wide-ranging interests. Writing in The New York Times in 2011, Allan Kozinn said, “By refusing to specialize in a particular corner of the violin repertory, and leaping freely among several, Jennifer Koh has built a following that draws on, and ideally brings together, several of the music world’s style-conscious enclaves.”

“My perspective may be different because I work with so many living composers,” Koh concedes. “I’ve always seen classical music as a living, breathing art form. It’s reflective of our society and our time.” To that end, Koh has been active in performing and commissioning music from contemporary composers. “I believe in expanding it, having a living dialogue that connects us with the past.”

She compared her perspective on music to the world of theater (which she enjoys attending), in which most companies happily perform Shakespeare alongside David Mamet and many other contemporary voices.

For all of her encouragement of other composers, Koh has rarely felt the itch to put her own music down on paper. But one recent commission, by the jazz-influenced composer Vijay Iyer, calls for her to improvise.

Iyer, and the dozens of other living composers whom Koh has championed, are broadening the tent, bringing in sounds and instruments from other cultures. For Koh, that is a very personal experience; her mother immigrated to the United States from North Korea in 1965, after American immigration laws were relaxed. “I was raised in Western culture,” Koh said, “but I didn’t have role models for people like myself.” But as an adult female violinist of color, “we’re just as much a part of the American fabric as anyone else.”

One way she participates in telling that story is through her 38th Parallel project, a collaboration with composer Jean-Baptiste Barrière to tell the story of Korea’s partition into north and south. “Every single family was split,” Koh says, including her own, and the finished electro-acoustic work for violin, flute and singer will explore the ramifications. But that is only one of her multiple ongoing projects to create new music and help it find an audience. 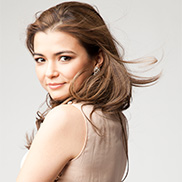 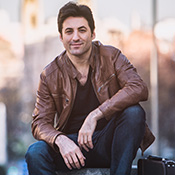 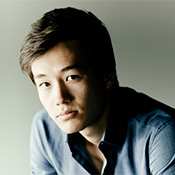