During her Milwaukee Symphony playing career, Andrea Leung served on almost every committee there was, in order to give something back to the institution. Now in retirement, she gives money.

Leung, who played in the first violin section from 1972 to her retirement in 2009, and her husband, Woodrow, have endowed the principal second violin chair as the culmination of years of gifts to the symphony.

“If I see something that needs to be done, I try to do it,” Andrea said, speaking of her time on the Players’ Council, the Artistic Liaison Committee, and various contract negotiations and music director searches.

March is the MSO’s Donor Appreciation Month, with multiple events to honor the small army of donors and volunteers who help keep the music going. The Leungs are unusual in having played so many important roles. Their first major donation was to help set up the symphony’s iTunes store in the 2000s, and shortly afterward, they stepped in to help keep the orchestra’s concerts in national radio syndication.

Andrea saw no awkwardness between being a donor and a working musician. “It was all for the good of the orchestra,” she said. When she and Woody gave a check, “we said, ‘Just use it and make it happen.’”

When the Leungs considered endowing a position in the orchestra, Andrea thought first about her own former chair, “in the last row of the first violins.” But symphony staffers thought that “it would look better if the front chairs were endowed,” and at the time there were no named chairs in the second violin section, which displeased Woody. “Is second base less important than first base?” he asked rhetorically.

During their careers, the Leungs did not amass the kind of cash that would be necessary for an endowment-level gift. Instead, they bought major life insurance policies, with the symphony as the beneficiary. “It’s still a hell of a lot of money for us,” Woody said. “We don’t have a lot of money, but we wanted to help the orchestra.” They can afford the premiums; their only daughter has approved the arrangement; and the symphony can list the value of the policies as part of its endowment, before collecting the actual money when the Leungs pass away.

The two of them met when they were in music school in Pittsburgh; Woody studied to be a violinist but ultimately decided he couldn’t get to the highest level. In Milwaukee, he made a career in information technology, while also serving as the symphony’s unofficial photographer for some years and helping Andrea with typing during contract negotiations in the pre-electronic days. In retirement, he began studying piano seriously and now practices two or three hours on most days.

For both of them, retiring was a gradual process. Andrea missed a significant amount of work on disability because of a tremor before officially hanging up her instrument in 2009. And Woody spent so much time in the first years of the century helping his aging parents in Washington that he doesn’t quite remember when he moved from staff work to contract work, or to not working at all.

Andrea still serves as the symphony’s retiree liaison. “I don’t do Facebook,” she said, “but I have to read Facebook to find out what people are doing, and sometimes I have to call some people.” When the couple visit Milwaukee nowadays, it’s often for a symphony retirement party.

The Leungs retired to Vermont, near the Marlboro Music Festival, where they were married in 1972, a week before Andrea started with the MSO. They spend their winters visiting their daughter in Kauai, Hawaii, where they can listen to MSO broadcasts on public radio. “It was a bit of a surprise to come here and find that NPR has a classical 24-hour station throughout the state,” Andrea said. 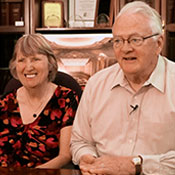 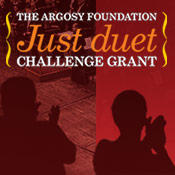