The Milwaukee Symphony’s musicians have this weekend’s concerts circled on their calendar for at least two reasons. It’s the final week of making music in Uihlein Hall before summer vacation, and it’s also the second time this spring they’ll perform a symphony of Gustav Mahler.

Performing two Mahler symphonies in two months is a quirk of the schedule, and going from his last completed work to one of his first is another quirk. “I think Mahler was an old soul even as a baby,” said principal trombone Megumi Kanda. “The First Symphony is definitely very youthful, optimistic and fresh. The Ninth Symphony is very spiritual and shows what he has gone through in life. The difference is huge.”

“Mahler 1 is an amazingly sophisticated and dramatic work, especially considering it was his first symphony,” said principal clarinet Todd Levy. “But especially comparing it to the Ninth, it only begins to scratch the surface of the angst which is to follow. We understand Mahler 1 when we hear it. Mahler 9 still remains enigmatic to even the most experienced musicians, and is complex in a way which leaves us with more questions than answers when we hear it.”

Musicians also admire Mahler for his skill at orchestration; every instrument of the orchestra can expect something good. “Clarinetists love playing his music,” Levy said. “He spans the gamut of sublime melodies, klezmer-type folk elements, bells up (where he asks us to play with the bell above the stand, almost trumpet-like). He always has lots of interesting stuff for the clarinets to do!”

“Mahler’s orchestration techniques are genius,” said principal bass Jon McCullough-Benner. “For the bass section in particular, his works have a good balance of melody and accompaniment.” Probably the most famous bass solo in the repertoire is the minor-key version of the popular “Frere Jacques” tune that opens the third movement of the First Symphony. McCullough-Benner won’t be playing this week, but he called it “one of the most deceptively hard solos for bassists.” Aside from being very familiar and very exposed, “it is typically played going between two of the overlying playing positions of the instrument.”

“Since Mahler was a conductor, he knew how to write for the instruments effectively,” said principal horn Matt Annin. “His horn writing has a strong feel for the natural horn. He takes it one step farther with the direction to stand in the final minutes of the First Symphony. He asks for as loud a sound as possible, and this creates an electric jolt of energy.”

That moment just before the end of the piece “is always spectacular, and it’s a visual effect, too,” said Gabel, the conductor. “It’s not overpowering. It works.”

Conducting a piece of this length and scope naturally presents challenges, but Gabel said, “Mahler was a great conductor, and he knew what the problems could be. So his recommendations are very clear in terms of tempo, rubato, etc.”

Of course, musicians never have a unanimous opinion about anything. “I’ve always had a hard time with Mahler, and it’s bothered me, as so many musicians I deeply respect love his music,” said principal viola Robert Levine. “But I find Mahler’s music to be far too much about himself. And everything I’ve read about him suggests he wasn’t a nice person, so the music being so personal becomes an issue.”

“Mahler was a very deep and depressed person,” Gabel said. “You can feel the suffering in his music.” Listeners can also hear his progression from first to tenth symphony, as he edged closer to the breakdown of tonality. “You can feel Schoenberg and what’s going to happen,” he said.

Concertmaster Frank Almond has played all ten Mahler symphonies (the Tenth, left unfinished at his death, has been completed by other hands.) “I am always amazed at the universe inside each. I have such vivid memories for all of them,” he said. “But for me personally the whole world is in the Third, and it holds a special place since it’s the last performance of the MSO my late wife, Kate, ever heard. Somehow that made sense to me, as crazy as it seems.” 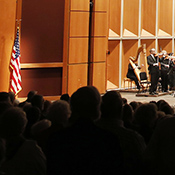 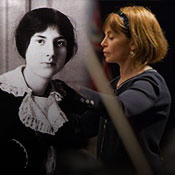