Behind the Scenes: Producing the Virtual Season

Video production was never part of the Milwaukee Symphony’s original plan. But that was the logical move for an organization with a brand-new concert hall and a pandemic that kept audiences out of it.

The learning curve has been steep, but the results are on display now, nearly every Saturday night, as the symphony presents concerts of chamber music played to an empty hall but a (socially distanced) full broadcast booth.

“It’s a new space we weren’t familiar with, so we created a season that starts small and grows within the parameters of safety,” said MSO Music Director Ken-David Masur. “Until mid-season, we’re always going to have a number of musicians who are stepping onto the stage for the first time. This allows everyone to look around and take it in and try out their instrument onstage.”

“There’s a performance onstage, but in the control room, there’s another performance going on,” said Jeremy Tusz, the MSO’s in-house recording engineer who has been thrust into the role of video director. “It takes a bit of choreography to work it out.”

Until recently, Tusz had been an audio guy who did video on the side. When he heard of the change of plans last summer, he started calling friends at other orchestras for “recommendations on process and equipment and what to expect.” But because so many other organizations are moving to video in the pandemic, a lot of equipment was back-ordered. The MSO did not finish installing the system until just before rehearsals began, and “it’s almost a miracle that the first video actually happened,” he said. “But now we’re getting streamlined and getting used to the work flow.”

Eight cameras, six remotely controlled, have been installed around the hall, all operated remotely by one person. “It looks like a big video game console, with a joystick,” Tusz said. Another person switches between the shots to choose the one being used; another follows along in the score and calls out the upcoming camera angles, making sure that the right musician is spotlighted. “Everyone involved in the production reads music and has a background in classical music,” Tusz said, “so we’re all speaking the same language.”

Even without an audience, performing safely has its own set of challenges. “There’s a lot of choreography, getting musicians on and off the stage safely,” said operations manager Terrell Pierce. “And scheduling custodial work is quite challenging.” Rehearsals are only one hour long, “and they’re used to two or two and a half, so they have to be a lot more efficient with their time.” But short, spaced-out rehearsals allow air exchange in the hall. Musicians are not allowed in the building until 30 minutes before their rehearsal begins, and their movements are restricted.

On the first concert, the wind sextet’s first rehearsal was in a socially distanced horseshoe that put flutist Heather Zinninger Yarmel 30 feet away from clarinetist Todd Levy – too far for good ensemble work. The players rearranged into a circle, since there was no audience to turn their backs on, and were able to hear each other better. Following that experience, all of the octets on the Feb. 19 program were set up in a circle from the beginning.

“The acoustics are a lot more reverberant than we’re used to,” Tusz said, which is a welcome change. “I particularly notice it in the bass sound – cellos, bassoons, even horns, it’s a much richer sound. It’s nice to hear the group the way they’re meant to be heard, and not be fighting the acoustics.”

Masur agrees the acoustics are “extraordinary,” but as a conductor, he has deliberately kept his distance from the chamber works on the schedule. He listens to many rehearsals from various spots in the auditorium and will offer an opinion if asked, and he did conduct “Gran Turismo” a recent piece for eight violins by Andrew Norman that is complex and less familiar.

For now, Masur’s role is mostly as a host. “I’ve done 26 podcasts by now, and I’ve enjoyed hosting and talking and interviewing,” he said. “Like most musicians, I prefer performing, because the music often speaks for itself. But this is a chance to bring it closer to the audience, trying to help them understand what we are passionate about.”

Video will not go away when the pandemic ends, Masur said: “We have hundreds, maybe thousands, of new subscribers across the globe, and that is something we want to keep.” Changing the in-person concert experience is possible, too, but he is cautious about routinely addressing the audience from the podium. “It’s like a good meal,” he said. “Allow the right time and the right mood, and don’t ruin your appetite. For different programs, we can help the audience get into different mindsets.” 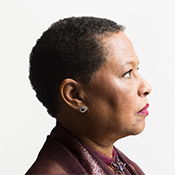