Under clear skies and comfortable temperatures last week at Boerner Botanical Gardens, Yaniv Dinur teased the overflow crowd that had come to hear the Milwaukee Symphony’s concert in the park.

“Finally this year we have good weather for this concert,” he said. “Last year you were all sitting under umbrellas. And you stayed! Tonight I’m surprised to see so many people here. Where’s the challenge? Thank you all for coming, despite the good weather.”

As the orchestra played “Armed Forces Salute,” Dinur half-turned to announce the anthem of each branch of the service, allowing veterans to stand and be recognized. When the piece was over, he said, “Holding a baton in one hand and a microphone in the other – that’s hard. They don’t teach that in conducting school.”

Another thing they don’t teach in conducting school is how to interact with an audience – to tell jokes, convey information, create a welcoming experience. But as associate conductor of the MSO, that is a huge part of Dinur’s job. The orchestra gives around 135 concerts a year, and Dinur calculates that he conducts more than 70 of them – educational concerts, community concerts, pops concerts, all settings where some words from the podium are expected and necessary.

But those comfortable interactions didn’t come naturally. Dinur remembers the first time he gave a presentation, at age 22, when he wrote out a text and memorized it. “I was terrified,” he says. “I froze. After that, I started to improvise,” although he does so with a plan.

This weekend, Dinur conducts the live score to Star Wars: A New Hope, the finale of the MSO’s season. He has conducted other movie soundtracks with the orchestra, but John Williams’s score might be the most famous. And with any film, “the challenge is to make music within this very constrained condition,” matching the tempo exactly to the screen images. But is it an extra challenge to reproduce the sound that legions of devoted fans expect? “Now you’re stressing me out. I’ll try not to think about that.”

In fact, growing up in Israel, Dinur had no familiarity with Star Wars – it wasn’t until he came to the United States for graduate school at the University of Michigan that some friends sat him down to watch the entire cycle. This week, as he does to prepare for any movie performance, he will re-watch the movie with the sound turned off and the score in his lap.

Dinur came to Milwaukee in the fall of 2015 from American University in Washington, where he conducted the student orchestra and taught music appreciation to non-majors. Although he enjoyed it, he jumped at the opportunity to be the resident conductor for “a very high-level professional orchestra.”

Another opportunity has been his newer job as music director of the New Bedford Symphony in Massachusetts. He is finishing his first season leading that orchestra, made up mostly of Boston freelancers, and enjoys the fact that “I get to do whatever I want,” programming repertoire such as Mahler symphonies and Stravinsky’s The Rite of Spring.

As a part-time orchestra in the shadow of Boston, Dinur hopes to create a distinct identity for New Bedford as “a boutique orchestra with high-level playing where top artists can try out new things. And it’s beginning to happen.” This fall, international pianist Yefim Bronfman will play a Beethoven concerto with New Bedford before taking the same piece to the New York Philharmonic.

In Milwaukee, Dinur has input into programming his concerts, but he works in conjunction with others in the MSO office. “I can say no politely,” he joked. But one important factor is familiarity, since most concerts he conducts get only one rehearsal. “This orchestra is so good, we can put it together in a short amount of time,” he said, but he has to prioritize during his two and a half hours, deciding “if this thing is worth stopping for, and if it’s not, how can I show it in my conducting?”

“Yaniv is very efficient. He doesn’t waste the musicians’ time at all,” says English hornist Margaret Butler, who chairs the MSO’s Artistic Liaison Committee. But during concerts, “we’re not nodding off mentally. We’re trying to catch every word, because we know it’s going to be hysterical.” As a conductor, she said, he “pulls the orchestra to him, rather than poking the baton in your face. It’s a luxurious way to make music.”

In their spare time, Dinur and his wife, Christina, like to try out new restaurants, but they are also preparing for their first child in November. “And we’re moving from the East Side to Brewer’s Hill this week,” he said, “the same week as Star Wars and Chill on the Hill on July 3. It’s going to be crazy.” 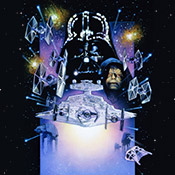 Education, From the Podium