When the Milwaukee Symphony presents “The Snowman,” on Saturday, December 17, it will be halfway through the first full season of family-friendly concerts in four years.

The long-standing norm was to do three concerts tailored to preschool and grade school children during the season – one in December and then two in the spring. However, the MSO’s limited access to Uihlein Hall in the 2019.20 season had already disrupted that schedule, even before the pandemic hit in March 2020.

After the cautious return of most programming to the Bradley Symphony Center last season, the MSO is ready to show off its still-new home for the family audience. “We’re excited to be back and welcoming people into the building for the full range of pre-concert activities,” said Education Director Rebecca Whitney. The building hosted a Halloween concert in late October, featuring a costume parade, and the holiday concert this month will include the live soundtrack to the short animated film “The Snowman,” among other seasonal favorites.

But as much as the actual concert, many families enjoy sampling the musical activities beforehand, which now have more room to spread out in the Bradley Symphony Center’s Checota Atrium and Gallery spaces. Children can try out various instruments in the instrument petting zoo provided by White House of Music, take a photo at the selfie station, or take a turn at conducting in front of a full orchestra display. There’s even a station where they are assisted to write compositions of their own, and then can hear an MSO musician play them.

A new activity that encourages children and parents to get to know the new hall is a scavenger hunt, since the building contains “such a great combination of new and old, with so many great things to find,” Whitney said.

The concert will be led by Resident Conductor Yaniv Dinur, who “has a gift for finding connections and explaining concepts in ways that are so relatable,” Whitney said. “His talents lend themselves well to many things – young people’s concerts in particular.”

The MSO’s one-hour family concerts “introduce children to some wonderful standard orchestral repertoire in bite-sized pieces that they can digest,” Whitney said. And they also show how music can cross genres, such as including Michael Jackson’s “Thriller” on the Halloween concert.

A new addition to the symphony’s schedule last year was its first-ever sensory-friendly concert, designed specifically for children and adults on the autism spectrum or with a sensory sensitivity who might feel overwhelmed by the typical concert experience. To make the event more inclusive, the house lights are left on during the performance, actors narrate the music, and the audience is free to move about during the performance. A similar concert will be offered this season on April 16.

MSO staff and volunteers, as well as many musicians, have taken training in how to be sensory-inclusive from the national nonprofit KultureCity. For every MSO concert, not just those aimed at children, guests can check out a sensory bag containing items such as fidget tools and noise-cancelling headphones from the coat check room.

Additionally, the Bradley Symphony Center has a quiet room on the first floor, available to anyone who needs to take a break. The space can be used by nursing mothers, as well as those who are feeling overwhelmed. The new resources may be particularly popular during the sensory-friendly concert, but Whitney said that symphony staff are letting teachers know about the options for the standard schedule of educational concerts.

“It’s a tool kit for adult attendees to know that resources are available, too,” she said. “We’re trying to integrate it into everything we do. We’re hoping that more people will feel welcome and realize that there’s something here for them.” 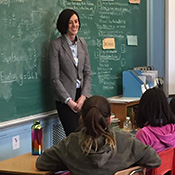 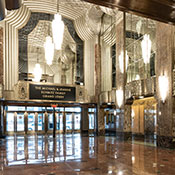